Recently I have installed Angular on my brand new laptop and instinctively I was curious to know the version of it. The ng version command shows the version of Angular installed in your computer. But where do we run this command and is there any other way? Let’s find out.

There few simple ways to check what Angular version you are using.

1) Open the command prompt or click the window icon +R buttons together (if you are running windows OS). This will open the "Run" window.

2) In the "Run" window, type cmd and press enter. It will open the C:\Users\ drive in command prompt.

Note: In previous versions, like in Angular 6, we would run "ng --version". This has changed to the above command.

In-addition, you can check the version of Angular by running the above command in inside your Angular project folder (any folder).

The version I am running is the New Angular 15. Google released the 15th version recently on 16th November 2022. 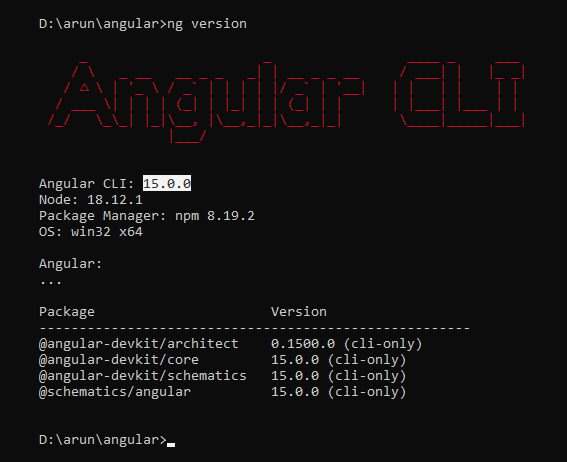 You can check Angular version inside package.json file. Where can you find this file?

If you have created a project, you can find the package.json file right inside the project folder. Open the file in your code editor and find for @angular/cli: under devDependencies. It shows the latest version. 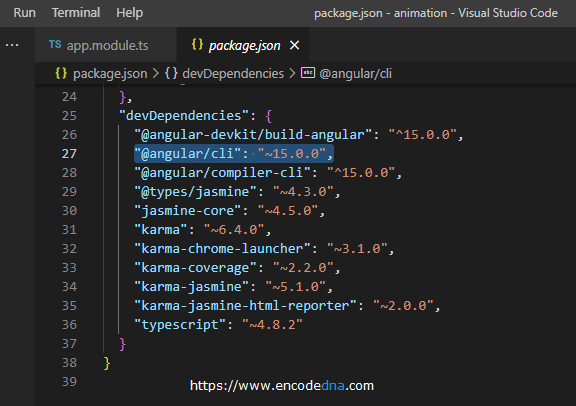